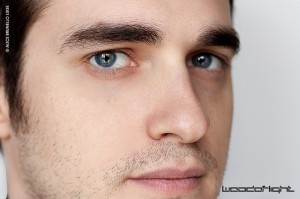 Davide Schimd was born on October 8, 1986 in Abano Terme (Padua area). Since he was a child he has been in contact with the musical environment: at the age of two years he constantly attended to the rehearsals of his father who at that time, besides being a drummer, organized big musical events. In 1990 his father left for Germany as a result of some financial problems. The drums remained at home but, despite the first early teachings received by Davide and his brother, they were an inanimate object for most of the time. His father comes home every month and this results, among other things, in informal lessons. Only in 1998 it was clear that the simple eye contact and listening could nurture his talent: during the sound check of a concert organized by his father in Germany, he was seating behind the drums as a joke because of the delay of the official drummer and started playfully to accompany the musicians of the band that immediately noticed him. That very evening, during the concert, the drummer of the band invited him to sit behind the instrument during a song for a short period, giving him the change… it was just for a few seconds, but the experience was reason for reflection. From that moment his real musical studies began, encouraged by the unconditional support of his parents. At the age of twelve years he was enrolled in a local school and took lessons from percussionist Antonio Ceravolo with whom he studied for about three years. He then attended for a short period of time the “Accademia Musicale Fancelli-Boschello”, but later he preferred to study on his own. Recently he has been having private lessons from Maestro Alessandro Lazzari, who is specialized in Latin American music.
With regard to bands and live performing, in 2000 Davide and some friends of his founded a Nirvana cover band, but they were never performed live. Afterthat he began to study the music of Dream Theater with guitarist and friend Francesco Garbin, and in 2002 he completed the line-up of “Waiting Light” with singer Luca Brighi. The first live dates back to 2003, followed by many other concerts, but the band split up permanently in 2007. In 2004-2005 he played with the “Smithers”, an independent rock band, and soon he discovered that this genre was not his vocation. In November 2008 he was contacted by bassist Martino Beria and entered the line-up of the “Swords”. At the same time, he began to teach drums and is called to be part of the cover band “Doctor Movie” with which he plays soundtracks music.
At the beginning of summer Mirco Brunello contacted him and after some trials he officially joined the line-up of Wood Of Light.
Since 2012 he teaches drum at MusicLab Music School of Mestre (VE).
Outside of the musical environment Davide Schimd is still studying philosophy at University Ca ‘Foscari of Venice, where he obtained in July 2009 his bachelor degree cum laude. 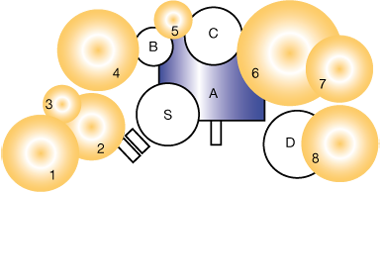