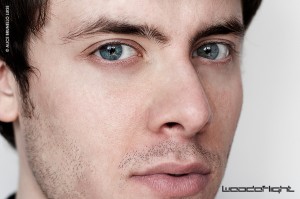 Simone Colman was born in Maniago (PN) June 20, 1987. He grew up in Claut (PN) entrusted to his grandparents where, listening to his father’s old vinyl records, he was attracted by the colors of music. Thanks to this he approached the study of the musical instruments his father played: drums and keyboards. He deepens his musical studies during his artistic growth with his teachers Paolo Donaggio and Gianfranco Volpato.
In 2006 he got his high school diploma in surveying, and worked as a surveyer until September 2009 in order to afford his studies at the Conservatory. Since 2009 he studied singing with Jessica  Da Re. Musician influenced and interested in more genres, engaged in multiple projects, he has performed and collaborated with artists such as Ivan Tibolla, Jessica Da Re, Piergiorgio Caverzan, Vittorino Nalato, and proposed himself in various areas, from Pop to Jazz, from songwriting to vocal polyphony.
He is currently attending a degree course in jazz singing and Afro-American traditions and anatomy and physiology of the voice at Conservatory Ghedini of Cuneo. He is cooperating with Voice Care Association, which operates in the artistic and musical area, medical and paramedical staff, where he teaches Theory and Solfeggio, and he is the organizer of the singing part of music education, music workshops, seminars and workshops.