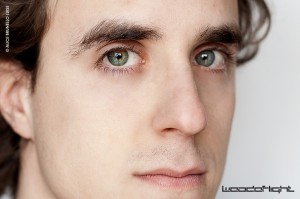 Mirco Brunello was born on 20th January, 1986 in Mestre (VE). He began playing the guitar by himself in 2001 and two years later he enrolled at the “Academy of Modern Music” of Padua. From 2007 he continued his studies at the Miles Davis School of Mestre (VE), founded by his teacher in the same year, guitarist Davide Baldo. Over the years he has had the opportunity to study with great musicians such as Luca Colombo, Luca Meneghello, Luca Ballabio, Matteo Alfonso and Aisha Ruggeri and actually he is studying “Modern Guitar Master Degree” at Accademia del Suono in Milan. In May 2006 he became the progressive guitarist of  Wood of Light.
Since 2011 he teaches guitar at MusicLab Music School of Mestre (VE), at MusicBay of Casier (TV) and, since 2013, at Lizard (TV).
Outside the field of music Mirco holds a High School diploma and has a bachelor degree in Environmental Sciences obtained at Ca’ Foscari University of Venice.