Osvaldo Indriolo: “The choice to produce this important final step at Finnvox Studio has been for us an hazardous: the “north european sound” is often awarded to the master products at Finnvox Studios and it is in contrast with the “north american sound” got in the mix phase… but we were assured that this decision would help to give the album a real new sound… and now we’re really excited about the final result! We think this LP is a truly brilliant product and we await impatiently to communicate the release date!” 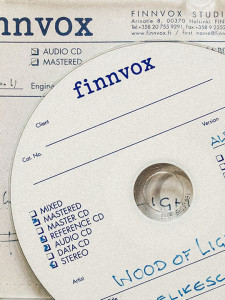